Affirmative action for immigrant whites _ By Thomas A. Guglielmo


An incisive critical review of the documentary The Italian Americans; debunking the myth of European American bootstrap mobility; a myth still entrenched in the popular imagination:

"And yet, despite the work of numerous scholars, too few people seem to know anything about them. For the last twenty years, one national poll has found that an overwhelming majority of American residents agree with the following statement: “Irish, Italian, Jewish, and other minorities overcame prejudice and worked their way up. Blacks should do the same without special favors.”

"But this rise [Italian American success] had another, critical source that is too often missing from popular memory about Italian and other European immigrants’ success in America: white privilege. The truth is that these immigrants entered a country with a long, bloody history of drawing deep and distinct color lines — chasms, really — between people socially-defined as white and everyone else, and then assigning rights and resources, power and privilege, accordingly. True, some Americans debated for a time where exactly to place Italians and other Europeans in relation to these lines. At a hearing for the House Committee on Immigration, in 1912, a Pennsylvania congressman wondered whether the “south Italian” constituted a “full-blooded Caucasian.” But, with very few exceptions, European immigrants, Italians included, lived and built their lives on the white side of these color lines. It made all the difference in the world.

It allowed them, first, to become US citizens. During the period of mass European immigration, the right to naturalize was reserved solely for “free white persons” and, after the Civil War, for people of African nativity and descent. And while US courts and government officials in this period routinely blocked Asian immigrants’ efforts to become citizens, they never did so for European newcomers. As a result, migrants from places like Italy, Germany, Poland, and Russia always had relatively easy access to citizenship and, eventually, to its broad range of concrete benefits — voting power, government jobs, and, depending on state law, the ability to own land or to work in certain occupations or to serve in public office.

As Italian and other European immigrants settled throughout the United States, their white racial status came to matter monumentally in other ways as well. Today, it is too often forgotten that the urban North of the interwar years, where most Italian and other European immigrants lived, had its own extensive Jim Crow system of sorts. In Chicago, for example, a black-white (and sometimes white-nonwhite) color line wended its way through nearly every imaginable aspect of city life — hospitals and day care centers, camps and schools, nursing homes and YMCAs, workplaces and unions, churches and settlement houses, bars and cafes, roller rinks and billiard halls, swimming pools and beaches, neighborhoods and public housing projects. In concrete terms, this meant that Italians, and everyone on the white side of these lines, enjoyed immense advantages when looking for work, joining a union, buying a home, attending school, receiving medical care, even relaxing on one’s day off — that is, when making the big and small decisions that fashion a life

For the entire essay see, .http://blog.oup.com/2015/03/affirmative-action-immigrant-italian-whites/

My Life in Ruins – A Critical Note


For the last two years I have been working on an analysis of the film My Life in Ruins, now forthcoming in the Fall 2015 issue of the Filmicon: Journal of Greek Film Studies. I was drawn to the film for a variety of reasons. For one, it was of interest to note that this Hollywood film circulates key tenets of Greek nationalism, an observation which makes us reflect on how the enduring power of nationalism “travels” within the global entertainment industry. I also wanted to discuss the film within a transnational framework of analysis. The synergy of Hollywood with the Greek State in the making of the film, the commonalities of the film with the Hollywood genre of "heritage romance," and the issue of Greek American belonging in the U.S. and Greece pointed to the utility of a transnational approach to illuminate the construction of diaspora belonging in the film. The initial draft included a critique of the film, which I removed, however,  for the purpose of coherence in the work. Reading this critique will make fuller sense in the context of my overall argument. But I share this critical note nevertheless in anticipation of the longer piece. 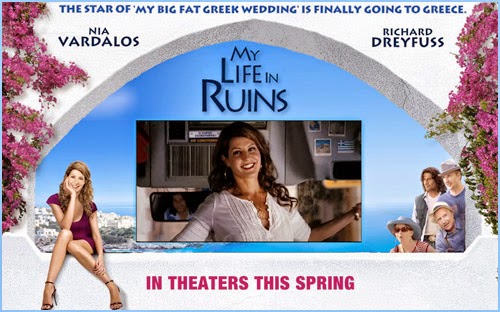 A commercial flop despite high expectations, My Life in Ruins apparently failed to capture the popular imagination. Audience “did not buy into the fantasy, the ideas and images it tried to sell” (1). While the causes of this inadequacy are beyond the scope of this commentary, one can readily recognize how the film leads itself to criticism. Despite the transparency of its weaknesses, I find it necessary to proceed with a brief critique in order to identify the ethical and political implications the film engenders. I do so in order to underscore the idea of belonging as always situated, as a position advancing the interests of certain collectives and undermining those of others (see Yuval-Davis, Kannabiran, Vieten 2006).

The film’s pampering of the tourist industry and the State, for instance, carries serious implications about those parts of Athens outside tourist itineraries. Furthermore, My Life in Ruins erases the complexity of Greek society and its people. Though it appears to promote women’s interests in the emotional level, it harms them in the professional realm. What is more, It gravely compromises the intellectual and emotional valence of the academy. Its extolling of Greek anti-modernism insults working people who labor harder for less, even before the post-2011 assault of neoliberalism in the country.

To elaborate, My Life in Ruins once again builds on Greece’s national topoi–ruins of classical sites and landscape–to brand Athens and export a desirable world image in the global competition for tourist and investment dollars. In post-industrial capitalism, cities promote selective aspects of the cityscape to attract visitors through cultural consumption. Because these urban zones are designed for leisure and consumption–a cornucopia of bodies at play and on display–the images hide alternative urban spaces where local and immigrant bodies experience poverty, violence, and surveillance in declining urban environments. “Polished Athens” hides policed Athens and legitimizes unequal spatial development (Karahalios 2011). Selective projection affirms investment in spaces of high consumption and remains indifferent to spaces of urban plight and the working poor elsewhere in the cityscape. Tourism and aesthetic nationalism reinforce each other in hiding the society’s complexity and thus alternative modes of diaspora belonging.

The film’s portrayal of Georgia as one who finds no meaning in the academy displaces alternative belonging. It denies, for instance, the academy as a practice of subjectivity, feeling, and community. What is more, the reduction of the academy as a problematic space intersects with the ideology of belonging via coupling with authentic ethnic maleness and in doing so it advances a problematic position for diaspora women. In exchange for heritage and love, women are instructed to occupy an inferior position in the labor market. They are called to reject the academic profession–an occupation wielding a significant degree of economic and cultural power–for a tourist industry profession caricatured as populist entertainment. Nationalism and tourism converge to narrowly demarcate the range of diaspora women’s professional options. 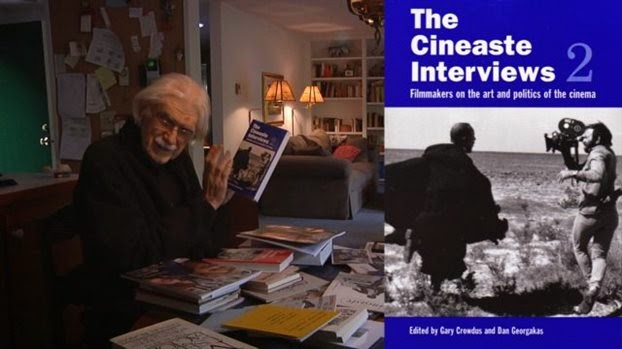 Posted by Yiorgos Anagnostou – Γιώργος Αναγνώστου at 7:15 AM 0 comments

Orthodoxy and the Civil Rights Movement