Authors, Scholars and the Public in Greek America: Toward a Conversation

In view of a recent conversation about ways to enhance the public presence of Greek/American authors and scholars I share this preliminary outline of cultural trends, prospects and challenges associated with the question of visibility and resonance. This is a tentative mapping of course, that I hope will be expanding via your input.

This conversation will benefit from the insights of all – academics and non-academics, authors, artists, translators, and the public, Greeks and “non-Greeks,” students and non-students – who care about the cultural and political direction of Greek America. It values, it goes without saying, the perspectives of students and the youth.

A host of questions drive this writing: How to join forces (sharing of ideas, collaborations across disciplinary, intellectual and artistic lines, etc.) to create a vibrant and politically responsible conversation about the present and future of Greek America. How to enhance the visibility of Greek American letters and arts, and its public resonance. To what end?

Please take the time to share a position, an idea, a proposal, a thought; to ask a question or two, offer experiences, register reservations, provide new angles of inquiry. 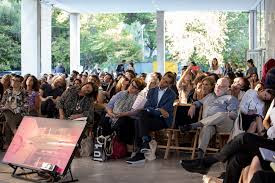 Transnational media are increasingly receptive, and in fact inclined to promote the conversation on Greek America (Chronos, Dialogos Media, Greek News Agenda). They offer options in writing in English, and are open to new and critical ideas.

Challenges: A host of media are self-labelled or overdetermined as “leftist” and may not reach widely into Greek America.

Academics learning how to translate ideas for a wider audience.

Popular media contributes to Greek American memory and circulate knowledge and ideas (The Pappas Post, for instance and its promotion and marketing of the documentary Pallikari). Popular media also publish editorials and position papers by scholars (The National Herald).

Prospects: Scholars, authors and intellectuals may wish to place key essays in these venues.

Challenges: There is the question of the range of critical ideas that could be accommodated. What is more, these venues do not pay (or pay very little) for intellectual labor.

National online venues in conversation with the youth (Got Greek), particularly on issues of leadership, shaping identities. A dream essay of mine, Humanities and Leadership in Geek America.

Challenges: How receptive are these venues to new ideas; we would not know until we try.

Challenges: No material compensation for authors, translators and scholars. How to write for a diverse public, how to present complex, potentially ideologically loaded issues for public consideration.

Note: Local venues (Chicago-based, The Greek Circle) and national literary initiatives (Voices of Hellenism) have ceased publication. In the academic front, the Journal of the Hellenic Diaspora and Pella publishers have closed.

Challenges: Material compensation for this kind of labor for those who maintain the blog and the contributors.

• Venues for Greek Studies Scholarship and other Writings

The Journal of Modern Greek Studies and the Journal of Modern Hellenism continue publishing scholarship on Greek America. The AHIF Policy Journal features essays and other items of interest. A new online venue, Ergon Greek/American Transnational Arts and Letters has been announced to promote the arts, scholarship and letters to both academic and non-academic audiences (forthcoming Fall 2017).

• Scholars and the “Community”

There is a dearth of ethnographic work, and despite some valuable oral history projects and scholarship we have a long way to go before understanding the social experience of Greek Americans across class, gender, age, region, sexuality, etc.

Similarly, there is limited community-based scholarship that addresses issues that Greek Americans face; there is little theoretical work on how we build communication with the communities, how we collaborate or make interventions in a language that is understood by the community, how we enter in conversation to establish a common ground, how we negotiate hegemonic narratives (other than critiquing them).

Greek American studies per se do not present themselves as a valuable career option. Many accomplished scholars in Greek studies display no interest in it. Several scholars who have published magnificent work have moved away from this subject matter (there are numerous examples in Greece and Europe of this “brain drain”).

All-in-all there are very few Greek Americanists in relation, say, to the number of scholars writing about modern Greece.

Scholars with a Greek/American focus continue making the case for the intellectual and critical relevance of Greek American studies to scholars outside the field.

Collaborations among scholars. How viable is this given overloaded work schedules, and with  institutions often privileging the lone author model.

Greece-based scholars, journalists, and documentary makers have been exhibiting interest in Greek America.

Challenges: These cultural makers often frame their rhetorical angle to speak to a Greek not a Greek American audience.

Limited Funding: Whenever it may exist, the ideology of the donors may mediate the meaning of the product. They may neglect scholarship or facts that are inconvenient to their agendas.

Journalists and others who have received funds to document Greek America must produce work that justifies their funding.

This is a great resource, authors, writers, poets, journalists, and translators who place their work in reputable venues “outside” Greek America. Novels, poetry, and translations building on Greek/American material earn national attention.

Prospects: Incorporate Greek America as a subject of reflection in venues within but also beyond “Greek America” whenever these cultural producers see it fit (intellectually, politically, literally, etc.).

Have authors and scholars speak with each other, enter into a conversation.

Limited Resources, including limited career opportunities for Greek Americanists both within and outside the academy.

How we position ourselves to have our ideas reach and resonate with a wider audience. There is a vast divide between the dominant way Greek America understands its identity (mostly through the lens of personal struggle and success, a belief that informs the political prism through which Greek American interpret political issues) and scholars who focus on the ways in which history and social structure shape experience and ideology. There is evidence to suggest that a sector of the Greek American public lacks interest in the sociological understanding of the society. How true is this?

Greek Americans: Is there interest in reading scholarship, fiction, essays? Many Greek American write to produce popular history, ethnography, and fiction. But what is the overall intellectual engagement of Greek Americans and how is it expressed?

How do we envision the Greek/American public? How does the public may enter into this conversation so that we avoid speaking amongst ourselves? What is the experience of scholars and authors who have been interfacing with the public?

What can we learn from other cultural and academic networks (Italian Americans, Asian Americans) about interconnections between communities, networks, knowledge, letters, and the arts?