My Big Fat Greek Wedding and "High Stimulus Culture": Pranks as Means for Socializing into Ethnicity 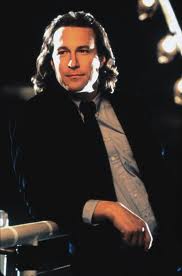 It is most likely that viewers of My Big Fat Greek Wedding will recall those moments in the film where Ian Miller's prospective kin capitalize on his lack of Greek to play pranks on him. These are memorable scenes in which a member of the dominant group participates in social life outside his "cultural turf," only to be subjected to embarrassment and ridicule. Why does the film emphasize this kind of situations? Obviously for their humorous effect, generated by the discomfort audiences may feel for the exercise of ethnicity's power. But there is more. For some time now I have been working on a close reading of the the film (forthcoming), and I discuss this situation along two axis:

• Ian clearly finds himself in a position of minority within the ethnic subculture. He lacks the linguistic and cultural skills to effectively negotiate his integration and belonging within ethnicity. Structurally, he is the weaker link in relation to ethnic networks. Let us pause for a moment and remind ourselves that this predicament has been a defining experience of immigrants and minorities. The film then "invites" the viewers to experience, at least momentarily, how it feels like to be a vulnerable outsider. If immigrants have been devalued and humiliated in the past (but also even in the present) by the dominant society, the film creates situations for the dominant to experience what it feels like being in the weaker side of the power relation. What purpose does this aim for identification serve? In my paper I argue that it functions as a condition for generating deep cross-ethnic understanding, intersubjectivity. If the dominant experiences marginalization, it feels its devastation, it is likely that it will empathize with those disenfranchised (one hopes then that the feelings this recognition of suffering generate will be those of empathy, not resentment).

In this post I suggest that the aforementioned scenes associated with Ian's introduction into ethnicity highlight the mechanisms through which he is acculturated into Greek American ethnicity (or more accurately, the version of ethnicity that the film presents, given that there is no uniform Greek American culture). Representing a super nice "white guy" (modeled after Tom Hanks, as a number of scholars have argued), Ian Miller eventually embraces ethnicity, representing in this manner the dominant society's openness to cultural diversity. Here is a more formal analysis of Ian's acculturation into ethnicity:

Understanding the conditions under which the male hero is socialized into ethnicity is important. The intimidation and pranks that the ethnics perform on Ian do not solely function to relegate the newcomer into a position of inferiority. They do not solely “return the gaze” at the dominant, reversing the hierarchies between Self and Other within an ethnic setting. They also initiate a process of ethnicization, namely Ian's education into the ways of ethnicity. This point is brought home once we note that Greek popular discourse exhibits high tolerance for verbal aggression while “white mainstream culture” inhibits it. The latter “is a low stimulus culture,” Thomas Kochman observes, “making individuals who would initiate potent stimuli (such as personal insults) entirely responsible for the serious way they might be taken,” thus “inhibit[ing] the production of potent stimuli” (335). As a result, recipients of insults display low capacity to manage verbal abuse. The filmic situations where the hero is battered (threatened and humiliated) therefore, dramatize volatile and potentially disruptive cross-cultural encounters (*). Confronted in this manner, the character of Ian would either follow the logic of his own low stimulus culture and have his sensibility seriously offended, or consent to the rules of the ethnic “high stimulus culture” and exhibit high tolerance toward the insult. The former option would signal an alienating posture jeopardizing the solidarity of his newly found extended family; the latter will signal his willingness to enter into the signifying webs of ethnicity. Ian’s frisky chasing off the abusers who have just humiliated him in front of the entire family (recall the “I have three testicles” scene) signifies his acceptance of the exchange as playful, a strategy of “high stimulus cultures.” Male ethnics here invite the newcomer to play along with their ethnic codes, initiating education into the ways of ethnicity. Ian will learn to negotiate taunts and retorts in the manner of the ethnics. In this manner, most importantly, the process into the agonistic play of difference and intersubjectivity begins.

(*) The middle class ethos of conflict avoidance does not mean that verbal aggression is absent in the socialization within “white culture” (see Ayoub and Barnett).