Used in conjunction with writings in the humanities and the social sciences, the analysis of popular culture in the classroom offers a further advantage: it demonstrates the value of academic research to help students make sense of and think critically about the cultural products they routinely consume as part of their leisure and entertainment. This strategy brings the humanities closer to the students' lives.

The attribute of popular culture familiarity may hold true in courses on Greek America, as American students may recognize Greek American popular culture as part of their own experience (Festivals, My Big Fat Greek Wedding, Ellis Island museum, Ethnic Roots and Ancestry.com, etc). But it no longer operates, at least in a large scale, in courses on Modern Greece (The 2004 Athens Olympics is a counter-example here). Thus popular culture, particularly visual material, could be invaluable in introducing Greek culture to American students. Films, documentaries, and musical performances offer a visual point of reference to contextualize cultural practices, and to turn the exotic into the familiar and the familiar into the exotic.

I start therefore a new module identifying the popular-culture resources that I find useful in my teaching. It is my hope that those educators teaching courses on modern Greece, the Greek diaspora, and Greek America will contribute to this discussion.

"In May 2011, hundreds of thousands of Greeks swarmed into Syntagma Square in Athens to protest against the firesale of their country, their labor rights and their livelihoods to corrupt domestic elites and foreign financial interests.

In a matter of days, a protest camp was set up -- organized on the principles of direct democracy, leaderless self-management and mutual aid -- providing a glimpse of utopia in the midst of a devastating financial, political and social crisis. On June 28-29, during a Parliamentary vote on further austerity measures, the state finally responded with brutal force, eventually evicting the protesters from the square and crushing the radical potential of their social experiment..."

• "Diadromes" A journey across time and space, Athens neighborhoods and sites (in Greek).

• Architecture - Neoclassical Buildings (destruction of): Indispensable photographic and visual resource, which icludes a data base of contemporary monuments and the documentary "Here is Athens ... the city before" (circa 1980) (www.eie.gr/archaeologia/En/Index.aspx)

• Immigrants in Athens (documentary, narrative in English): www.tvxs.gr/webtv/ντοκιμαντέρ/η-μάχη-για-την-πλατεία-αττικής (cross-listed with "Immigrants in Greece")

"Description: The tradition of lace-making in the village of Lefkara in southeastern Cyprus dates back to at least the fourteenth century. Influenced by indigenous craft, the embroidery of Venetian courtiers who ruled the country beginning in 1489, and ancient Greek and Byzantine geometric patterns, Lefkara lace is made by hand in designs combining four basic elements: the hemstitch, cut work, satin stitch fillings and needlepoint edgings. This combined art and social practice is still the primary occupation of women in the village who create distinctive tablecloths, napkins and show pieces while sitting together and talking in the narrow streets or on covered patios. Unique mastery of the craft is passed to young girls through years of informal exposure and then formal instruction by their mother or grandmother in applying cotton thread to linen. When she has learned her art thoroughly, the lace-maker uses her imagination to design work that embodies both tradition and her own personality. Testament to the ability to appreciate multiple influences and incorporate them into ones own culture, lace-making is at the centre of daily life for women of Lefkara and a proud symbol of their identity."
Country(ies): Cyprus
© 2008 by Lefkara Municipality / Ministry of Education and Culture

Documentary Educational Resources have created a film about an old woman from a village in Epirus. A preview is available in youtube (see link above).

Kalliopi Kalogerou has spent her whole life in the Greek village of Ano Ravenia where she was born in 1900. Simple witness of the century, she lived through Turkish domination and successive occupations linked to different wars. Devoted exclusively to her life story, the result is a rich, yet austere film where nothing distracts the viewer from the dialogue and the face of the storyteller (originally posted at the MGSA listserv by Lampros F. Kallenos).

• Documentary on the life and work of folklorist Elias Petropoulos,www.youtube.com/watch?v=TpmNO4pVUB0 – (in Greek, Enas Ypogeios Kosmos)

A Greek immigrant, newly arrived to the U.S., marries an American man and compares Greek and American weddings.

• Global Representations – French Animation, the "Greek" as an anthropological experiment in neoliberalism: www.tovima.gr/world/article/?aid=425805 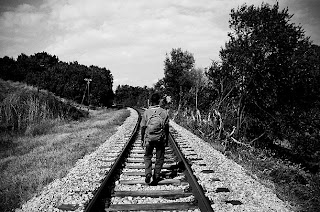 • Representation of Roma in music videos: www.youtube.com/watch?v=TKy39XNb7as&feature=related (in Greek)

Posted by Yiorgos Anagnostou – Γιώργος Αναγνώστου at 4:00 AM