Beyond Greek as Descent: What Giannis Antetokounmpo and Tom Hanks Have to Do with It?

I have recently completed a book chapter discussing the manner in which Greek/American documentaries define US Greek identity in the context of the Greek debt crisis (1). During my research I noticed that while many Greek Americans regularly defined Greek identity and belonging in terms of blood (descent/biology), the emphasis of these documentary-narratives on success as a trope to confront negative stereotypes led them to also include “non-Greek” celebrities who are affiliated with Greek culture as members of the Greek transnational (Greece/United States) community. In other words, the drive to connect Greek identity with recognizable star power brings about a dramatic shift in the definition of Greek from biology to culture.

Below I discuss how the idea of the Greeks as a biological community, a tenet of nationalism, was reinforced in the encounter of Greek immigrants with American modernity. I show how US social Darwinism in the early twentieth century forced Greek immigrants to prove their fitness to America by connecting biology and material prosperity. 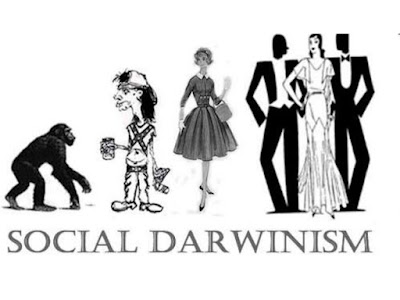 I subsequently outline how this link–Greeks as a biological group that is capable of achieving socioeconomic success–became entrenched as a core element of contemporary Greek identity. Thus social Darwinism, a racist ideology, determined the conditions which immigrant newcomers and their offspring were accepted as Americans. It will not be far fetched to say that social Darwinism holds Greek America hostage. It incarcerates it by stifling alternative narratives of Greek identity beyond socioeconomic success.

While the construction of Greek/American identity in the context of the crisis still holds on to the connection between Greek descent and material success, the inclusion of basketball player Giannis Antetokounmpo and actor and Hollywood producer Tom Hanks as Greeks marks the emergence of a new conception of Greek identity, one based on culture, not biology. 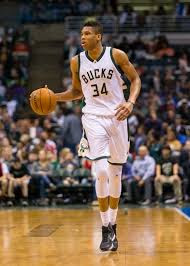 Below I further develop these ideas in some detail and I provide examples, in a somewhat academic fashion:

In this particular historical moment, when the idea of Greek identity is maligned and in crisis, Greek America deploys, once again, two historically available intertwined topoi: the Greeks as a biological community of achievers whose socioeconomic status warrants its equal, if not privileged, inclusion to the polity. A genealogical reading of US Greek cultural history would illuminate how the contemporary narrative of Greek Americans as a biological community of self-reliant, entrepreneurial individuals who embody the ideal American and global citizenship [I discuss this point in my chapter] bears striking similarities with the construction of the Greek immigrants as citizens-to-be in early twentieth century. The writings of anthropologist Henry Pratt Fairchild in 1911 offer a useful starting point to reflect, albeit briefly, on the power of this enduring connection:


The business of the alien is to go into the mines, the foundries, the sewers, the stifling air of factories and workshops, out on the roads and railroads in the burning sun of summer, or the driving sleet and snow. If he proves himself a man, and rises above his station, and acquires wealth, and cleans himself up–very well, we receive him after a generation or two. But at present he is far beneath us, and the burden of proof rests with him (2).

The passage succinctly captures the expectations the United States sets for immigrants for national inclusion. First, the immigrant subject who is addressed here is male. Also, the historical context of this statement is key to understand that the nation that Fairchild refers to is racialized; national inclusion means inclusion to whiteness, which in turn confers citizenship rights. Fairchild articulates the nation’s social contact extended to newcomers: the not-quite-white immigrant male is promised inclusion to the privileges of whiteness—the political right to vote, and integration via access to white neighborhoods, intermarriage and participation in social networks of power­—in exchange of his contributions to the nation. The nation underwrites this unofficial contract for newcomers who aspire to achieve citizenship, gaining it through the performance of self-propelled success, which also applies across generations, becoming a matter of “ethnic succession” (3). This explains the endurance of the narrative of self-motivated material improvement among the immigrant offspring.

This contract intertwines biology, that is racial location, with socioeconomic status. Educated readers of Fairchild at the time would have readily recognized the underpinnings of social Darwinism in his position that immigrants as “racial groups” must possess the biological fitness to endure the demands of American industrialism, their ensuing social status in the struggle mirroring their place in the racial ordering of the polity. As Aihwa Ong notes, “the intertwining of race and economic performance has shaped the ways in which immigrant groups have attained status and dignity, within a national ideology that projects worthy citizens as inherently white” (4).

The idea of biology intersecting with self-propelled mobility offers the template for constructing the ideal American citizen-subject as self-reliant achiever. This paradigm constitutes the core of Greek America’s claim to deserving Americanness. The children and grandchildren of the immigrants whose acceptance was predicated on consenting to this idealization—and in the process displacing alternative ways of accessing citizenship—hold on to it consistently. They assert it repeatedly in public because of the privileges it confers. The gains have been historically specific. The narrative of the Greeks as biological heirs of classical Greece and embodiment of middle-class American values granted early twentieth century admittance to the polity. The so-called bootstraps idea, zealously embraced, has placed Greek Americans as a model ethnic group and in turn as exemplary representatives of American liberal multiculturalism in the 1980s and beyond (5). As my work “We Are All Diasporas Now” shows, the notion of a descent-based community of a professional Greek American class positions its members as ideal national, transnational and global citizens.

Yet this narrative of success, in its insatiable appropriation of star power, introduces a certain rupture in nationalist narratives of identity as it disrupts the coupling of biology and culture. In this capacity it rewrites the meaning of Greek identity.

When for instance the trailer I Am One Greece (6) claims basketball star Giannis Antetokounmpo, who plays for the Milwaukee Bucks and is the son of Nigerian immigrants in Greece, and one who was exceptionally granted Greek citizenship on the virtue of contributing to the Greek national team—it cancels biology as a criterion for Greek belonging. Similarly, Tom Hanks, the Hollywood actor, delivers this same function in another context when he asserts a Greek, in fact a hyper Greek, identity: “I feel a 110% Greek. … I am more Greek than a Greek is.” This reconfiguration is emerging and coexists awkwardly with biological notions of belonging. Without a blink of irony, for example, Antetokounmpo is featured in the same clip casting Greeks as a “family [with] the same blood running in [its] veins.”

But the rupture opens the space for reimagining the “global nation” in cultural terms neutralizing biology as an explanatory force or criterion of belonging in the making of Greek identity. It simultaneously opens the space for new legislation in Greece regarding the naturalization of immigrants and their offspring, and for new policies regarding eligibility for Greek American scholarships based on Greek learning, not descent (7). 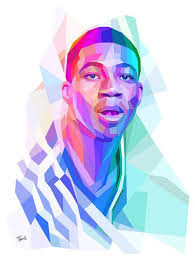 1 Yiorgos Anagnostou, “We Are All Diasporas Now: Greek America as Diaspora, Citizenship and Entrepreneurialism at a time of Crisis,” In Greece in Crisis: The Cultural Politics of Austerity, edited by Dimitris Tziovas (Tairus Publishers). Forthcoming